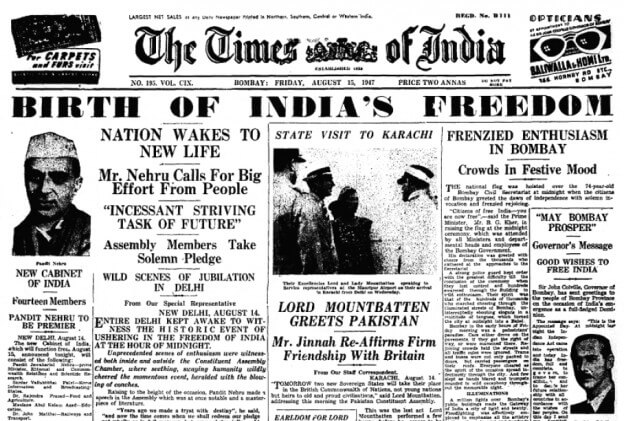 Taking place on August 15th every year, Indian Independence Day commemorates the end of three century -long British rule over India. Indian Independence Day is typically celebrated by Indian around Australia by attending ceremonies conducted by Indian consulate around different states in Australia, where families get together, sing the national anthem and pay respect to the national flag. Unlike in India, Indian independence falls in the middle of winters in Australia and produces different activities of celebration, including fireworks.

Whether you’re a visitor, new comer  to the great land Down Under (or an Aussie traveler), there are many ways to celebrate Indian Independence Day besides the traditional flag Hosting ceremony and crowd gathering events, no matter where you might be travelling on the big day or corresponding weekend.

Independence Day is celebrated with joy and pride in the Indian community and there isn’t no hard and fast rule on how to celebrate the day. But it is always great if you feel like participating any way you can ,be it taking the day off to relax ,picnic out door or partying it up. Think of it much like Australian day and try out some out of the box ideas to celebrate your Indian Independence Day in Australia the Aussie way.

-Having Indian flags on your cars on the day would show how you love your country of birth even while you are in Australia.

-Setting the social media scene by depicting Indian flags on your cover photo and profile.

Here is what is happening around Australia during Indian Independence day weekend.

A flag-hoisting ceremony conducted by Indian consulate of Melbourne will be held at 8 Landale Road Toorak, Vic-3142 on Friday 15th August from 9.30hrs to 10.30hrs.

On Sunday, 10 August, GOPIO Queensland will be celebrating the Indian Independence with a grand India Day Fair 2014 event at the Roma Street Parkland’s amphi-theatre.

ISWA proudlypresents NAVRANG – Colours of India (An evening full of Indian Classic, Folk and Bollywood Dances) on the occasion of 68th Independence Day of India,on saturday 23rd August at 4:30pm for a 5pm start.