Difference between Social Culture in India and Australia 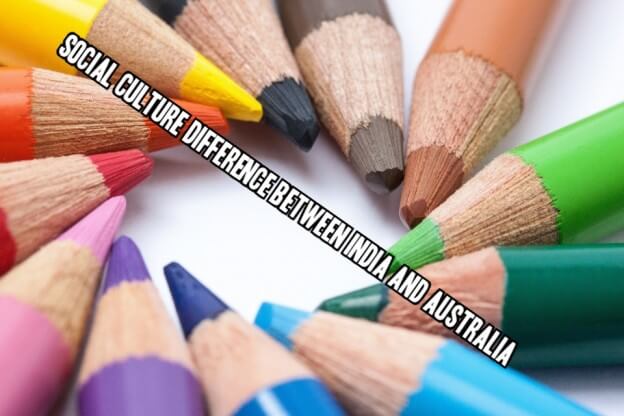 This is my second post comparing cultural differences between Australia and India. The first post concentrated mainly on the work front. Through this post however I am trying to compare the difference from the socio cultural perspective. Don’t we human love comparing!!!. This post has no intentions to hurt any particular culture as such and is just opinions which I have gathered together. Feel free to add more to this list

There are interesting social differences that come between the two countries. Although both Australia and India are former British colonies with love of cricket, the varying attitudes that people have for many aspects of society show that there’s a real difference between India and Australia even if they are relatively close to each other. They relate to many issues that come with the different attitudes that people have for certain aspects off work.

While India has a history of casts and few of us still are caste orientated, Australia is arguably the most egalitarian society in the developed world. In Australia there is a sense people from all walks of life can sit down together to share a drink in comparison to India where there is still a strong sense of belonging to the class someone is born in

Indian standard time or I must say ‘Indian Stretch time’

A very interesting and important cultural trait is the attitude towards appointments which vary between both countries. In India the appointment is only confirmed once your prospective appointee actually shows up. I guess Indian inability to say ‘No’ or ‘Put in an excuse ‘which is like rude plays an important role. They would rather make you wait for hours till you assume it’s cancelled or delayed. In comparison Australian are quite upfront and value each other time. They would rather call you to say ‘NO’ or ‘give an excuse ‘instead keeping you waiting and wondering.

Privacy-Indian have No personal space… but don’t touch them

There is a marked difference between the two countries when it comes to the sense of privacy. People in India don’t guard privacy as it’s done in Australia, except in very special moments. Privacy is abundant in Australia with its merits and demerits. In India with scarcity of space density is high & people are use to rubbing shoulders in comparison to Australia where density of people is less.

There are also considerable differences when it comes to personal hygiene. Using toilet paper or handkerchiefs or paper tissues may not be customary in certain parts of India where as it is a mandatory behavior expected from individuals in Australia. Indian do not
wear shoes inside temple. However, when it comes to community hygiene it is another story altogether

Half a Million dialects Language and identity

Hindi is the national language of India although only 41 percent speak Hindi as their first language. Other languages spoken include Bengali, Telugu, Marathi, Tamil, Urdu, Gujarati, Malayalam, Kannada, Oriya, Punjabi, Assamese, Kashmiri, Sindhi, Sanskrit, and Hindustani which are regional language spoken mainly by people of a particular region like People from Punjab would generally speak ‘Punjabi in comparison to ‘Bengal’ who would mainly speack Bengali.Hence English comes to the rescue and is most suitable for national communication.

In Australia English is the only language spoken at home by 80% of Aussies.The manner it is spoken reveals the multicultural aspect of Australia and how it have shaped the Australian identity. Australian accent can vary according to identity and gender.